Each year Make Music Madison features a local visual artist who creates the artwork for that year’s poster and digital advertising. 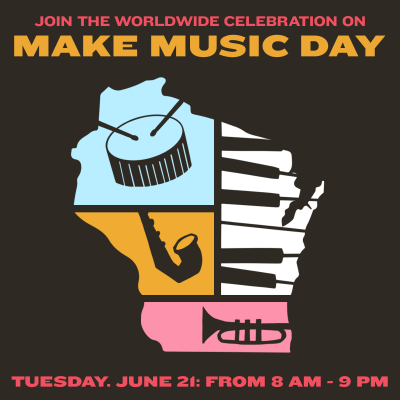 Lauden is a graphic designer and illustrator located in Madison, WI. Influenced by the music, art, and pop culture of his youth he has been able to captivate a unique style that often is a hybrid of personal expression and refinement. Starting with graffiti art around the country, he later settled down to acquire a graphic design degree at Madison College. Lauden is currently employed at a local ad agency as an Art Director. 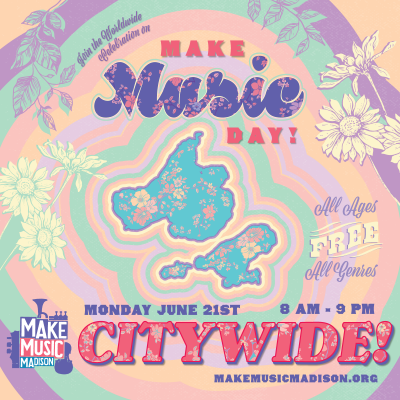 Avalon is a DJ, illustrator, designer, feminist, artist, activist, survivor, advocate, and writer. Raised in Northern Colorado, she lived in Puerto Rico before relocating to Madison in 2018. She received her BFA in Illustration from the University of the Arts in Philadelphia in 2008. 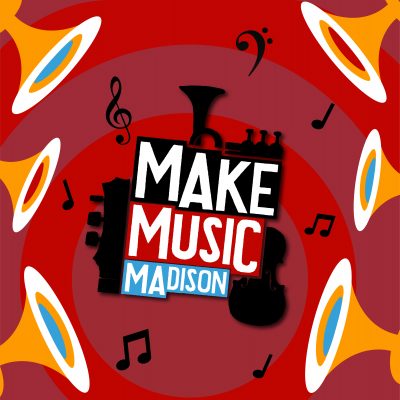 Jillian is a Graphic Design and Marketing student at the University of Wisconsin – Eau Claire. She grew up in Madison and took vocal and piano lessons at the Madison Music Foundry. With lots of experience in different areas of art growing up, she always knew she would follow a career in visual arts. With this, Jillian has had success in two Graphic Design Internships based in Madison at the American Family Insurance Headquarters. Today, Jillian is currently working as a Graphic Designer at the Advising, Retention, and Career Center on campus creating materials for various events, and is looking forward to graduating in May. 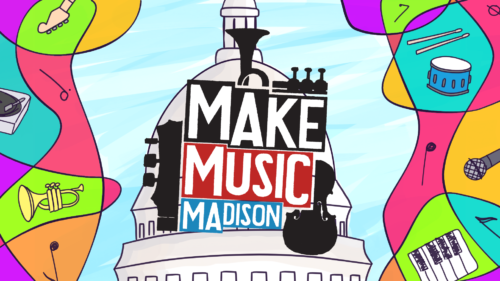 2018 & 2019 Featured Artist: Jourdan Hines
Jourdan likes to think of himself as a modern Renaissance man; a working graphic designer, performing artist, and educator. As a designer, he manages his own business, Designs by Hines. He loves the intersection of design, technology, and communication and enjoys creative solutions. His style is inspired by minimalism because of its simple yet polished nature. 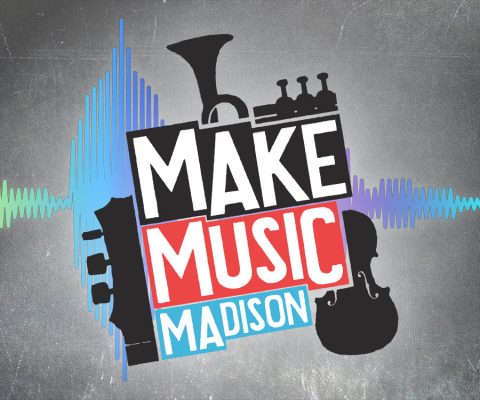 As a performing artist, he writes, records, and produces music under his own name. He performs regularly with his wife Mary Wallin or with a full band under the name Jourdan Hines & the Dapper Whimsy. Their style is a fun mix of pop, folk, bluegrass, or what Jourdan likes to call #feelgoodmusic. He’s currently recording his second solo album titled “In Between the Middle”.

As an educator, Jourdan has a BS in Music Theory & Composition and AAS in Music Production and has been teaching music for close to 20 years. He has worked closely with the Madison Music Foundry developing classes on the subjects of live sound and music production. In addition to teaching music, Jourdan is also an active yoga instructor and is currently developing a yoga class aimed at musicians’ health and well-being. 2016 Featured Artist: Ali Brooks
Ali Brooks is an artist, activist, and therapist. She gets great joy from bringing art and beauty to her surroundings, and has a lifelong legacy of doodling and decorating anything she could get her hands on, even puffy painting a colorful mural on her car during high school.  She considers her artwork to be part of a practice of honoring creation, expressing vulnerability, and re-imagining what’s possible for ourselves and our world.

Libra Rising Art gets its name from astrology and mythology, where Libra symbolizes beauty, justice, and connection. Ali is a social worker and community organizer in Madison, WI, and is deeply committed to working for individual and collective healing and transformation. Ali uses artistic expression to digest the trauma and oppression she comes into contact with in her daily work, and metabolize these experiences into truth, beauty, and creative medicine for our hearts.

Ali’s art, social justice work, and therapy practice are rooted in love, a vision for collective liberation, and a yearning for a world in which all people have the power and resources to reach their fullest human potential; as the Zapatistas have said, “A world in which many worlds fit.” 2015 Featured Artist: Shelby Floyd
“I love to make things. I arrived at design via animation via filmmaking via journalism via sound recording via music. I learned Illustrator working with vectors in a sign shop where we cut and welded vinyl and worked with various sign structures and oversize prints. Years before that I began using Photoshop creating collages and coloring and restoring photographs.”

2014 Featured Artist: Elliot Gilfillan
Elliot has been a performer at Make Music Madison as part of The Earthlings, who released a new EP “Beacon” on March 25, 2016. He has also volunteered for Make Music Madison included bringing his drawing skills to the table to create our 2014 poster and Isthmus insert cover.

2013: Introducing Make Music Madison
In our first year in 2013, we took the opportunity to introduce our logo, developed through a partnership with KW2.