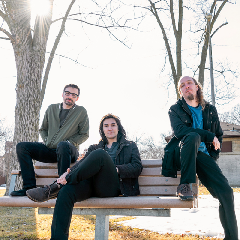 Recognized by fans worldwide and media authorities such as Alternative Press, Paste Music & Daytrotter, and AllMusic, The Racing Pulses have been filling festival grounds and venues since 2012 with catchy and intelligent rock music. An EP released in 2014 and news of electrifying performances rapidly lead to interest from prominent venues and festivals across the United States, including Maxwell’s in New Jersey and Summerfest in Wisconsin. In 2017, the first official album by The Racing Pulses, Nothing to Write Home About, was released. Attracting both popular and critical acclaim, it was included on several Billboard charts. Legendary rock star and radio host Genya Ravan also played "King or Pawn?” from the album during her radio program on the Underground Garage Sirius XM channel.